Lesson 069 RoboCorpus is on the news!

Mari: Why don’t you go play in the park?

Mika: You’re unhappy because Asuka is worried about RoboCorpus.

Ken: I almost found RoboCorpus, but he wasn’t there anymore.

Mika: You mean at the auto repair shop?

Yukichi: What was he doing there?

Ken: He encouraged the repairman there to start working again.

Ken: Yeah, he said he wants to be like a human, remember?

Yukichi: He’s helping others, but not me!

Asuka: Yukichi! Turn on the TV. RoboCorpus is on the news!

He was bored.
Why did Asuka call Yukichi?

Because RoboCorpus was on the news.

Newscaster: This year, the town’s sports day had a unique guest. An AI robot! This robot took part in the 1,500-meter run.

Yukichi: Did he run a marathon?

Mari: Why did he participate?

Newscaster: This robot, whose participation was unexpected, moved everyone with his determination. Here is our interview with RoboCorpus.

Reporter: Why did you take part in the race?

RoboCorpus: Because I wanted to know why humans run.

Reporter: And what is your answer?

What did Ken see on TV?

He had an interview.

Asuka: Hi, Yukichi. Did you watch the news?

Asuka: Wasn’t that amazing? I think Robo Corpus is trying to be like a human.

Yukichi: Yeah, but he is a robot. And he was very slow.

Asuka: Yukichi, you don’t understand. RoboCorpus wants to be a human because of you!

Yukichi: I don’t want him to be a human.

Asuka: Ugh, how can you be so mean to him? I don’t want to talk to you anymore. Bye.

Yukichi: Wait, Asuka-chan! Oh, no. I don’t want to be kind to him because you like him more than me!

Was Asuka happy about RoboCorpus?

Yes, she was.
Was Yukichi happy about Robo Corpus?

Ken: I called the TV station and found out the location of the sports day.

Mari: It was held about a week ago.

Mika: I wonder if RoboCorpus is still there.

Ken: I don’t know, but at least we can try. How about we go there this Saturday?

Mika: I can’t. I have a dance lesson in the afternoon.

Yukichi: Dad, can I go with you?

Ken: Sure. I’m glad you asked.

Mari: You’re worried about RoboCorpus, too!

Yukichi: I’m not worried, but I have to stop him. Asuka-chan only cares about RoboCorpus.

When was the sports day?

It was about a week ago.
Why does Yukichi go with Ken?

Because he wants to stop RoboCorpus. 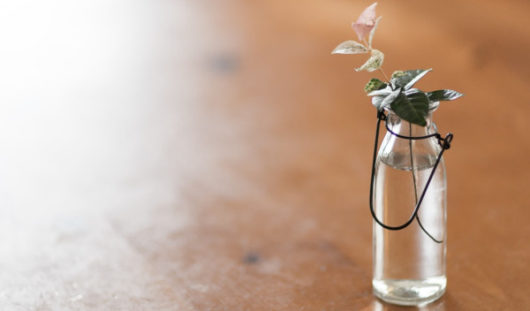 ロボコーパスがつけている、今週のストーリーをまとめた日記です。
内容に合うように（  ）を埋めてみましょう。
After I ran 1,500 meters, I had an（  ）.
A reporter asked me why I took part in the（  ）.
I said I wanted to know why humans run.
I also said（  ）running releases more than just sweat.
When I had the interview, I was thinking about Yukichi and his family.
I（  ） go back to see Yukichi until I become a（  ）....
But how do I do that?
解答例はここをクリック。

How can you say that?
（わたしたちは）バスに乗るのはどうですか？

How about we take a bus?
みんなにサンドイッチを作ったなんてすばらしい。

It’s great that you made sandwiches for everyone.
彼女は世界中に名前が知られているテニス・プレイヤーです。

She is a tennis player whose name is known all over the world.

It's great to be kind to others.
「あなたが試験に合格したのはすばらしいです」と言ってみましょう。

It's great that you passed the exam.

夏休み中の基礎英語３は夏の特別編で再放送です。 Lesson 025 Where is he now? 土曜日のフクシマ家。アスカちゃんが遊びに来ています。 Contents1 Where is he ...

基礎英語3 Lesson 123 I am here to terminate you