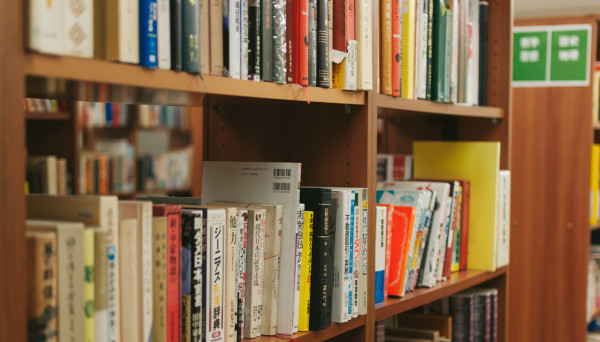 基礎英語３ Review 40 I haven't forgotten about our promise

Naoki: Morning, Sho. Are you ready?

Sho: I guess I am. I did all I could. I just have to believe in myself now. Grandma, I'll pass this exam! Don't forget about our promise, OK?

Yoko: Sho, I made plenty of the special soup, so take some with you for lunch. If you get too nervous to eat, you can still have the soup.

Naoki: Yoko, what did Sho mean by "our promise"?

Naoki: Great, count me in! I'll take time off from work.

Naomi asked Sho if he was ready for his exam.
Sho said, “I guess I am. I did all I could. I just have to believe in myself now.”
Yoko made plenty of the special soup for Sho to take with him for lunch.

Lesson 158 Your efforts will not betray you

Takashi: Sho, I'm not longer on the wadaiko team. Just call me Takashi.

Sho: Sure, Takashi. I thought I'd be here first, but you beat me.

Takashi: I got so nervous. I couldn't relax at home, so I just decided to meet everyone here. Hey. I see a girl walking toward us. She's waving a scarf at you. Isn't it Miki, your classmate?

Miki: Well, I wanted to give you some encouragement, Sho. Remember, your efforts will not betray you. Believe in yourself.

Sho and Takeshita were about to take their entrance exams.
Takashi said, “I see a girl walking toward us. She’s waving a scarf at you.”
It was Miki. She wanted to give Sho some encouragement.

Lesson 159 I'm worried I made too many mistakes

Takashi: Sho, how were your morning exams?

Sho: I forgot to write my name on the first exam. I noticed it when I was checking through my answers. I guess I'm really nervous.

Takashi: Me, too. I'm worried I made too many mistakes.

Sho: You'll be fine. You were worried at our last concert, but we put on a great show. Remember, your efforts will not betray you. Now, let's have some lunch.

Sho: You have to eat something, Takashi. Here, have some of my special soup.

Takashi: Sho, this is the best soup I've ever had in my life!

Sho: It's my grandmother's recipe. Let's continue doing our best in the afternoon!

Sho and Takashi finished their morning exams.
Takashi didn’t feel like eating, so Sho gave him some of his special soup.
Takashi said, “Sho, this is the best soup I’ve ever had in my life!”

Lesson 160 I haven't forgotten about our promise

David: Yoko, why are you nervously sitting by the phone?

Yoko: Sho has gone to check his exam results. I'm waiting for him to call.

David: I think Sho will be fine.

Yoko: I agree, but failure can happen to anyone.

Yoko: Hello, Hanasato Ryokan. No, this is not Sato's Soba Shop! Wrong number.

Yoko: Hello, Hanasato Ryokan. What is it, Mimiko? Look, I'm busy. I'll call you back. Bye.

- The phone rings for the third time -

Yoko: Hello. Sho! It's about time. So, how did you do? You passed?! Thank goodness!

Yoko: David is right next to me. I haven't forgotten about our promise.

David told Yoko, “I think Sho will be fine.”
Yoko said, “I agree, but failure can happen to anyone.”
Sho called to say he passed his exam.
Yoko said, “I haven’t forgotten about our promise.” 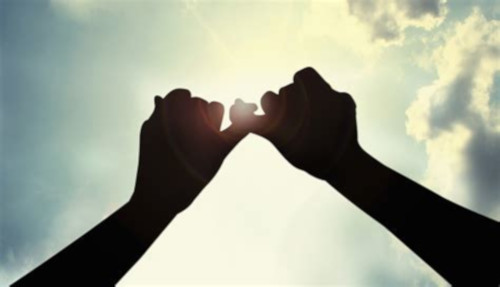 I guess it was Mark, your boyfriend.
ええ。あの日、彼が背の高い女の子と歩いているのを見たわ。

Yeah. I saw him walking with a tall girl that day.
彼女は私がこれまで見た中でいちばん可愛い女の子です。

She is the prettiest girl I've ever seen.
あなたの言うとおりですが、でもご心配なく。彼女は彼の妹です。

I agree with you, but don't worry. She is his sister.

I agree, but we need more time for discussion.
わたしはあなたの考えに賛成ですが、実際にそれがうまくいくのでしょうか？

I agree with your idea, but I'm wondering if it will really work.

This is the most beautiful view I've ever seen.
これはわたしが今までもらった中で最高の贈り物です。

This is the best gift I've ever received.

基礎英語３ Lesson022 On Day 3, we will go to Asakusa ３日目は浅草です

修学旅行についてデービッドが翔に尋ねています。 Contents1 On Day 3, we will go to Asakusa2 ３日目は浅草です3 Words & Phrases4 Le ...

Contents1 Mon. We are a modest family2 Tue. Just you watch!3 Wed. The crowd gave you a standing ovat ...

基礎英語３ Review 17 Everyone has their limits

翔は自宅のキッチンで、デービッドとお月見パーティーのことを話しています。 Contents1 What did you make, Sho?2 君は何を作ったんだい、翔？3 Words & P ...