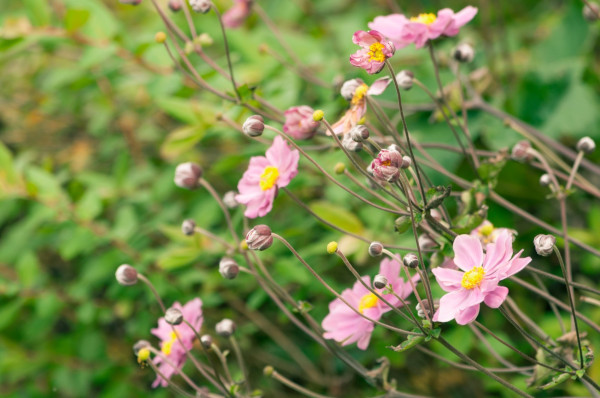 Sho: Hi, Dad. Grandma went to bed early. She wants to be ready for tomorrow. Do you think she's nervous?

Naoki: Well, she is the defending champion. By the way, what were you doing?

Sho: I was preparing packed lunches for eveyone. Mari was doing it until last year, so now I am.

Naoki: You prepare packed lunches for us everyday, and you're also cooking breakfast and dinner. Make sure you don't work too hard.

Naoki: That's good to know. Sho, let's talk about high school after the marathon. Think about where you'd like to go.

Sho asked Naoki if Yoko was nervous.
Naoki said, "She is defending champion.
By the way, what were you doing?"
Sho said, "I was preparing packed lunches for everyone."
Naoki told Sho, "Make sure you don't work too hard."

Sho: Wow, there are more runners than usual this year.

Yota: The town paper says the number of participants is 1.5 times as many as last year. We have runners from all over Japan.

Miki: Famous people like him always bring a crowd.

Yota: She will be cheering at Sakurayama Park.

Miki: My dad and David are also there.

Yota: When the race starts, let's go there, too.

Announcer: We are about ready to begin. All runners, please line up.

Miki: This is it!

Yota told Sho and Miki, "The town paper says the number of participants is 1.5 times as many as last year.
We have runners from all over Japan!"
Sho stayed at the school field to welcome Yoko.

Kanon: Are you taking pictures?

David: Yoko said she will be the first one at Sakurayama Park, so she wants me take her picture. It's beautiful to see the runners come up the hill into the park.

Staff: Here comes the top group. Everyone, please stay away from the racing area.

Kanon: Who is going to be the first person to run up the hill into the park?

Kanon: Ms. Sakura and a man are close behind! They're the top three!

Broadcaster: It's very tight race, folks! It looks like we won't know the winner until the end!

Yota: Look! Three people are running side by side!

Miki: Come on, Grandma! You can do it!

Sho: Come on, Grandma! You're almost there!

Yota: Sho's grandmother is helping her. It's incredible that she's doing that instead of running for the goal.

Miki: Mr. Aoki has the lead.

Yoko, Mimiko, and Mr. Aoki were running side by side.
They got tangled, and fell.
Mimiko was hurt, and Yoko helped her, so Mr. Aoki had the lead at the end of the race. 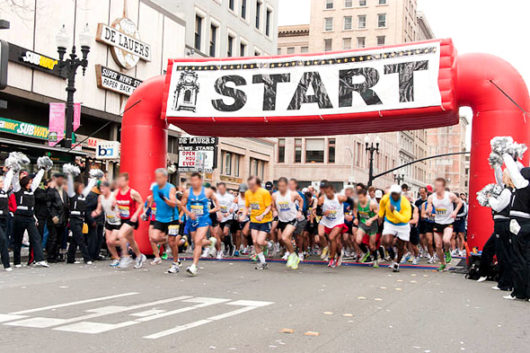 I just saw a shooting star over the mountain.
ここでは東京の5倍くらいの数の星が見えます。

We can see about five times more stars here than in Tokyo.

They say that this sports car runs about twice as fast as compact cars.
その雑誌によると、このバッグの値段は青のバッグの1.5倍です。

The magazine says that this bag is 1.5 times more expensive than that one.

It's great to see the sun rise on the horizon.
私たちはジョンがゴールを決めるのを見て嬉しかった。

We were happy to see John score a goal.

ラジオ英会話 Lesson 191 応答②：賛成・支持を示す KEY SENTENCE I'm not sure if acupuncture will help, but it's worth a ...