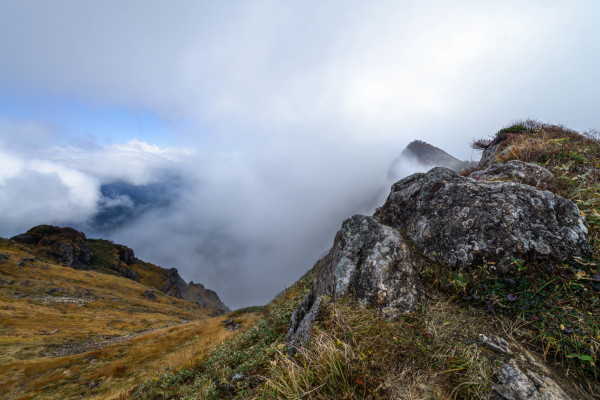 Miki: What are you planning to do for the holidays?

Sho: I'll be studying for my entrace exams, of course. You too, right?

Miki: Well, yes, but I have to take a break once in a while. Let's have a party! Something like the full moon potluck would be fun.

Sho: OK! Then, why don't we have another one?

Miki: I mean something like the potluck party, but different.

Sho: Then how about a karaoke party?

Miki: No, something unique.

Miki asked Sho, "What are you planning to do for the holidays?"
Sho answered, "I'll be studying for my entrance exams."
Miki wanted to have a party.
She told Sho, "I mean something like the potluck party, but different."

Miki: I want something refreshing. So, something unique but simple would be great.

Sho: Then, let's ask Yota to organize the party. He likes fun things. Also, he will get a sports scholarship, so he doesn't have to worry that much about exams.

Miki: That's a great idea! Wow, look at that. Satoyama Ravine is covered in thick clouds.

Sho: It's probably snowing up there.

Miki: It's been great talking about this, Sho. I'll see you in class.

Sho told Miki that Yota could organize the party.
They agreed to a plan.
They watched thick clouds covering Satoyama Ravine.
Miki said, "It's been great talking about this, Sho."

Lesson 115 Could you organize it?

Yota: Hey, Sho. Today, we had snow at Satoyama Ravine for the first time this year!

Sho: Yeah. I was running with Miki when I saw the snow clouds.

Sho: It's not like that. She wanted to talk about having a party.

Yota: Sho, if you're alone with Miki, you need to tell her how you feel about her.

Sho: I, I guess. So, anyway, about the party, could you organize it?

Yota: Sure. Souds like fun. But I'll need you to find the place.

Sho: No problem. I'll take care of it.

Yota told Sho Satoyama Ravine had snow for the first time this year.
Sho told Yota, "I was running with Miki when I saw the snow clouds."
He asked Yota if he could organize the party.
Yota said, "Sounds like fun."

Lesson 116 What about a costume party?

Yota: Hi, Miki. I understand you want to have a party. I'll put things together.

Miki: Thanks! I hear you're getting a sports scholarship. Congratulations!

Yota: Thanks. So, what kind of a party do you want to have?

Miki: I want a simple party, so we can enjoy ourselves without thinking about exams.

Yota: ...I know! What about a costume party? It's fun, it's different, and I know a good place where we can get costumes.

Yota: OK, then! Let's invite as many people as we can! The more, the merrier!

Yota, Miki, and Sho talked about the upcoming party.
Miki said, "I want a simple party."
Yota said, "I know a good place where we can get costumes. Let's invite as many people as we can! The more, the merrier!" 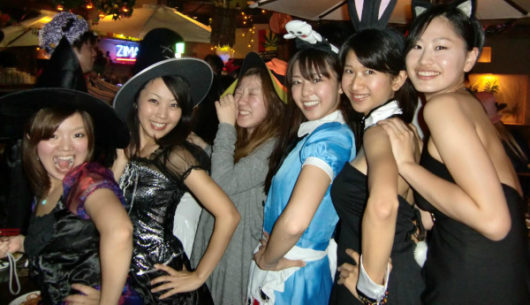 I'll be enjoying my walk in the woods this weekend.
あなたとおしゃべりができて良かったです。

It's been nice chatting with you.
怪しい人が私の後をついてきたときに、私は森を歩いていました。

I was walking in the woods when a strange man followed me.
ここが、今朝わたしが彼を見た場所です。

This is the place where I saw him this morning.

Chris was sleeping in class while Mr. Roberts was teaching.
私が電話をしたとき、父は家に向かって歩いている途中でした。

When I called my father, he was walking home.

Why don't we look for a place where we can eat and drink?
こちらがきれいな海の景色を楽しめる部屋です。

This is the room where you can enjoy a beautiful view of the sea.

Lesson 129 Cooking takes away the stress of studying for my exams 翔は、洋子と昌枝から、佐藤家と華郷旅館に伝わる雑煮の作り方を習ってい ...

ラジオ英会話 Lesson 191 応答②：賛成・支持を示す KEY SENTENCE I'm not sure if acupuncture will help, but it's worth a ...