Ms. Saito: Come on in, Boon. Let’s put the turtle in this water tank.

Ms. Saito: No. I used to have a turtle when I was little.

Boon: Wow, you have so many books!

Ms. Saito: Well, I am an English teacher. Actually, some of them were my father’s. He passed away a few years ago.

Boon: What did he do?

Ms. Saito: When I was a child, I was no good at sports.

Ms. Saito: My father encouraged me to read books. I started to enjoy reading books with the help of dictionaries.

What does Boon find in Ms. Saito’s house?

Many books.
What did Ms. Saito’s father do?

Lesson 054 I'm so glad you liked my library

Jukichi: Oh, there you are.

Jukichi: I’m fine. In fact, all these old books look really familiar to me. Why don’t we stay here for a while?

RoboCorpus: I agree. I want to know more about Boon and his teacher.

Lex: I am interested in her father. He was a dictionary writer.

RoboCorpus: OK, then I will meet Ms. Saito and introduce myself.

Lex: Put me in your pocket, RoboCorpus!

Ms. Saito: I’m so glad you liked my library.

Boon: I didn’t realize how fascinating dictionaries were.

What does Jukichi want to do?

He wants to stay here for a while.
What will RoboCorpus do?

He will meet Ms. Saito and introduce himself.

Boon: Who are you?

RoboCorpus: I am a friend of that turtle. My name is RoboCorpus.

RoboCorpus: Yes. I have corpus data in my memory. I am a translation robot.

Boon: What do you want?

RoboCorpus: I want to make friends with you and learn about humans.

Ms. Saito: Well, there will be an English vocabulary contest during summer vacation. I want you to try it.

Why does Ms. Saito say, “That’s incredible!” about RoboCorpus?

Because corpus data is used for making dictionaries.
What does Ms. Saito say to Boon about the contest?

Lex: I’m glad Ms. Saito let us stay here for a while.

RoboCorpus: I wonder if Boon will take part in the contest.

Lex: Yeah, but he looked very nervous when he heard about the contest.

RoboCorpus: I think we should help him.

Lex: I am a dictionary, but I don’t know the best way to learn new vocabulary.

Lex: My only concern is his lack of enthusiasm.

RoboCorpus: How do humans become motivated?

Jukichi: No. In his case, he needs encouragement.

RoboCorpus: Encouragement.... I have an idea.

How did Boon look when he heard about the contest?

He looked very nervous.
What is Lex’s only concern about Boon?

His lack of enthusiasm. 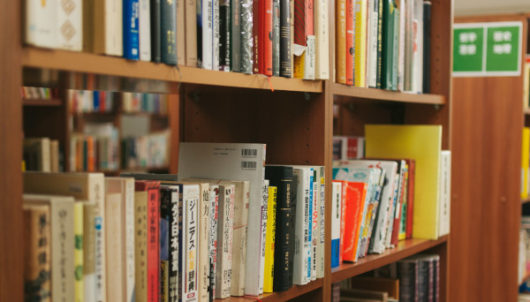 ロボコーパスがつけている、今週のストーリーをまとめた日記です。
内容に合うように（  ）を埋めてみましょう。
We went to Ms. Saito’s house.
Jukichi was in the water tank.
There were so many（  ）in her house.
Ms. Saito’s father wrote（  ）!
She seemed to like me（  ）I have corpus data in my memory.
She talked about an English vocabulary（  ）.
I wonder if Boon will try it.
解答例はここをクリック。

I wonder if I can do something for them.
自分がどれくらいステーキが大好きだったか知りませんでした。

I didn’t know how much I loved steak.
自分の家族に料理を作ってあげるのを楽しみます。

I enjoy cooking for my family.

Did you find your friend?
「わたしはこの小説（novel）が大嫌いです。なぜならつまらないからです」と言ってみましょう。

I hate this novel because it is boring.

基礎英語３ Lesson 009 Welcome to our house!

基礎英語３ Lesson 052 Let’s take it to my house

基礎英語３ Lesson 117 He will be my servant!

基礎英語３ Lesson 012 Until then, goodbye

ラジオ英会話 Lesson 138 助動詞類 had better、used to KEY SENTENCE We had better clean up the kitchen before Mom ...

ラジオ英会話 Lesson 137 助動詞類 be going to KEY SENTENCE Hurry, you're going to be late for your piano lesson ...

ラジオ英会話 Lesson 136 助動詞類 have to KEY SENTENCE I have to hand in this report first thing tomorrow morni ...