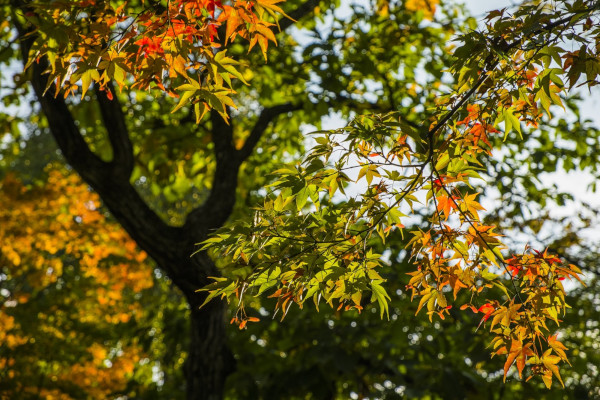 Lesson 081 The phone is ringing

（David: Sho, how would you like to meet your mother?）

David: Sho? Are you listening?

Sho: Uhh...yes! You were talking about this weekend's rice harvesting tour.

David: correct! It is rice planted by our own hands. I've never harvested rice before, so I'm really looking forward to it! Let's go together!

David: After the tour, we can go to a mushroom party. Mushrooms in season are very good for you. We should always be thankful for the food we eat.

David: Sho, the phone is ringing.

David talked to Sho about this weekend's rice harvesting tour.
He said, "It is rice planted by our own hands."
David told Sho, "We should always be thankful for the food we eat."

David: Sho, did you know there are children around the world who can't eat three meals a day?

David: I'd like to tell you about my experiences from traveling around the world.

Sho: We third-year students are having our final wadaiko performance at the end of the month.

Sho: So...do you mind if I go to wadaiko practice this weekend?

Sho got a call from his wadaiko teacher.
Sho told David, "Practice on our new piece isn't going well."
Sho asked him, "Do you mind if I go to wadaiko practice this weekend>"

Captain: Let's have a break. Everyone, take 15.

Captain: Sho, maybe this new style is too difficult for us. Even I'm having trouble with it.

Sho: Come on. You're captain. If you lose hope, the whole team loses hope!

Sho: This new style is exactly what we want to learn! Let's just keep practicing. I'm sure we'll get it.

Captain: Wow, you are positive when playing the wadaiko.

Sho: Yes, because wadaiko is my number one passion.

The wadaiko team's rhythms did not match, so they took a break.
The team captain said, "Maybe this new style is too difficult for us."
But Sho told him, "This new style is exactly what we want to learn!"

Captain: Our fall performance will be the last performance for all third-year students. So let's do our best.

Team Members: Captain, can you explain this new style again?

Sho: First, hit the taiko right in front of you. You then move to the left, and hit this taiko. After that, reverse the order. Pretty simple, right?
That's the spirit! Now, give me the same level of energy on the taiko! Ready?

Sho explained the new perfprmance style to his team.
He said, "First, hit the taiko right in front of you. You then move to the left, and hit this taiko. After that, reverse the order." 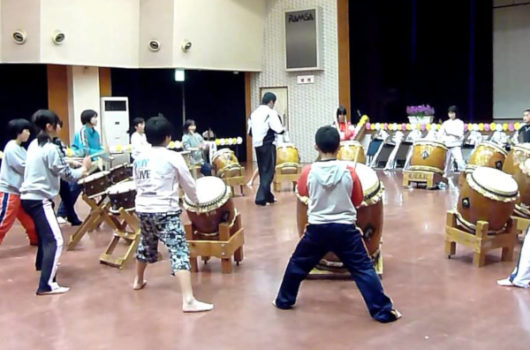 これは、有名な日本人画家によって描かれた絵です。
This is a picture painted by a famous Japanese artist.

その絵をよく見せてもらってもいいですか？
Do you mind if I have a close look at the painting?

それは、まさに私が見たかったものです。
That's exactly what I wanted to see.

まずは、列に並んでください。そして、順番を待ってください。
First, get in line. Then, wait your turn.

これが、まさに私が知りたかったことです。
This is exactly what I wanted to know.

この光景こそ、私がずっと見たかったものです。
This scenery is just what I've  wanted to see.

スピーチコンテストで使われる唯一の言語は、英語です。
The only language used at the speech contest is English.

舞台で踊っている女の子は誰ですか？
Who is the girl dancing  on the stage?

翔たちが病院の待合室にやってくると、ミミ子と洋子が言い争っています。 Contents1 It's only one day2 １日だけのことだよ3 Words & Phrases4 Let' ...

ラジオ英会話 Lesson 139 行動をうながす⑧：意見・情報をうながす KEY SENTENCE I know I can always rely on you for sound advice. ...

ラジオ英会話 Lesson 137 行動をうながす⑥：必ずしてもらう KEY SENTENCE Don't forget to put up the sales poster in the shop ...