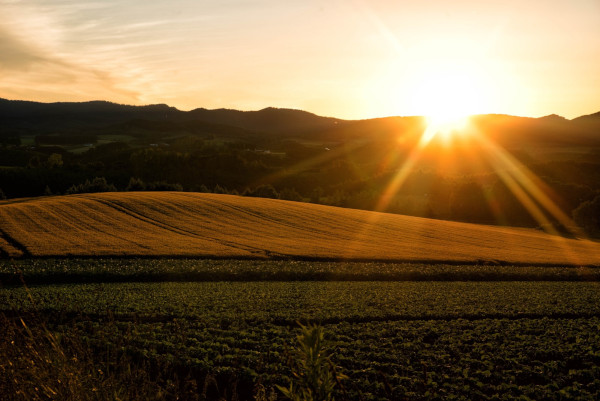 Lesson Lesson 093 I came to help, too

That’s a lot to carry, Sho. Are you OK?
I asked Yota to help. Are you coming, Grandma?
Yes. I asked Masae to look after things today.
Good morning! Sho, are you ready?
Good morning, Sho! I came to help, too.
Oh. Thank you.
Here’s a hand towel, Sho. You can use it to wipe off your sweat.
Hi, there. You must be Kanon. My, my! You sewed Sho’s name on the towel by yourself? I think you did a great job!
Thank you. I love embroidery.
Use it wisely, Sho. Heh, heh.

Sho had a lot to carry for his wadaiko performance.
Yota and Kanon came by to help.
Kanon gave Sho a hand towel.
Yoko told her, "You sewed Sho's name on the towel by yourself? I think you did a great job!"

Lesson 094 Sho is the main performer this one

You’re amazing, Sho!
I’ve never seen him like this before.
Everyone on the team looks so cool! When I become a junior high student, I will join the wadaiko team, too!
I thought you were going to manage the soccer team.
I think playing the wadaiko is more interesting than any other activity in school. After all, boys and girls get to perform on the same stage!
Look! They will start a new piece. Sho is the main performer for this one.

Sho's team had their final practice.
Kanon told Yota, "I will join the wadaiko team, too!"
She said, "I think playing the wadaiko is more iteresting than any other activity in school."

The program says Sho will be leading the final piece.
I hope he’s OK. I’m worried he will slip up.
Sorry! I was taking pictures, and forgot the time.
I thought you wouldn’t make it.
Naoki was nice enough to drive me here.
Where is he?
He’s in the back. He will film the whole performance. Here they are. Wow, Sho looks amazing! He’s so focused. Why can’t he be like that all the time?
They’re about to start.

David arrived just in time Sho’s wadaiko performance.
He said “Naoki was nice enough to drive me here."
When the players came out, Yoko said “ Sho looks amazing!
He's so focused. Why can’t he be like that all the time?”

Lesson 096 He loves playing the wadaiko

Bravo, Sho! Incredibl!
Sho is a different person when he's playing the wadaiko!
He loves playing the wadaiko. It gives him confidence.
I think he should always carry around a wadaiko from now on. It'll make him stronger.
I agree.
Let's go backstage and meet him!

It's me. Sho's performance has just finished. He was the main performer on the final piece. His spirit and foucus reminded me of you. I'll send a video of the performance later. Take care,

Sho finished the performance.
Miki thought he was a different person when he was playing the wadaiko.
Naoki called someone. He said, ”Syo’s performance has just finished.
He was the main performer on the final piece.” 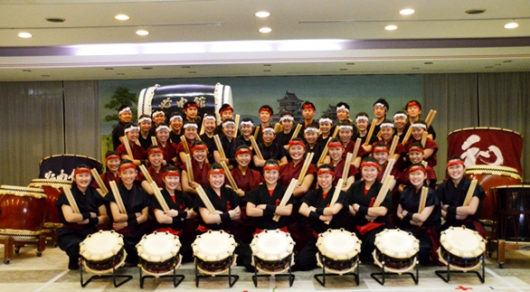 You cooked all these dishes? Amazing! Well done!
あなたは世界中のどの女性よりも才能があります。

You are more talented than any other woman in the world.
彼女は親切にも、わたしたちみんなに料理してくれました。

She was kind enough to cook for all of us.
夫はちょうどパリから戻ってきたばかりです。

My husband has just returned from Paris.

Lake Biwa is larger than any other lake in Japan.
アンソニーは、チームのだれよりも練習熱心です。

Anthony practices harder than any other member of his team.

I have just started preparing for the school festival.

ミキの家で父親の正雄とデービッドが話をしています。 Contents1 I will teach your daughter English2 ミキさんに英語を教えることになりました3 Words & ...

翔と姉の真理の会話が続いています。 Contents1 Are you taking over the ryokan?2 旅館は継ぐつもり？3 Words & Phrases4 Today's ...