Listen to this week’s stories and fill in the blanks.
今週のストーリーをもう一度聞き、それぞれのSummaryを完成させましょう。

Masae: Sho, do you have time to learn about cooking?

Sho: Cooking takes away the stress of studying for my exams.

Yoko: Sho, our zoni is made with Kyoto flavor.

Masae: Sho, do you remember Grandpa Soichi? He was the head chef here.

Sho: Not really. He got very sick when I was just three.

Masae: He made dishes with Kyoto flavor because he trained at a restaurant in Kyoto.

Sho: So, Grandma and Grandpa…

Masae: That’s right. They got married after they met in Kyoto.

Yoko: Masae, you don’t have to tell him about that.

Masae asked Sho if he remembered his grandfather.
Sho said, “Not really. He got very sick when I was just three.”
Masae told Sho about his grandparents, “They got married after they met in Kyoto.”

Sho: What do you think? It’s my first zoni.

Yoko: Well, for your first time, it’s not bad.

Masae: It’s actually quite good! By the way, there’s something about Sho that surprised me.

Yoko: What is it?

Masae: He looks just like his grandfather when he’s cooking.

Masae: Sho is just starting. He will get better.

Sho: Wow! I’d like to know more about Grandpa.

Masae: It’s because of your grandfather that you enjoy cooking so much. Sho, when you finish high school, try to become a chef.

Sho: A chef…I never thought of that.

Masae liked Sho’s zoni.
Also, she noticed that Sho looked just his grandfather when he was cooking.
Sho said he’d like to know more about his grandfather.
Masae said, “It’s because of your grandfather that you enjoy cooking so much.”

Sho: You’re finally having your exams this month, right?

Miki: That’s right. To prepare for my exams, I think I need to be in Tokyo.

Sho: What makes you think so?

Miki: I feel like I have to get used to the city.

Sho: What do you mean?

Miki: Every time I go to Tokyo, I’m amazed by the number of people there.

Miki: If I can be calm in Tokyo, I can be calm when I take my exams. I need to do this to pass. Sho, your wadaiko performance taught me that effort always pays off.

Miki thought she needed to be in Tokyo to prepare for her exams.
Sho asked, “What makes you think so?”
Miki replied, “I feel like I have to get used to the city.”

Lesson 132 You’re keeping up to date on things

Sho: Are you going to Tokyo alone?

Miki: No, I’m going with Grandma. By the way, I heard your ryokan got a lot of customers during New Year’s.

Sho: Many of them decided to stay after seeing David’s pictures on our website. Grandma couldn’t believe it.

Miki: Advertising on websites and social media is very important. That’s what I read in the news.

Sho: Wow, you’re keeping up to date on things.

Miki: My dad always says, “Business owners need to keep up to date on things.” That’s why he wants me to read the news. Anyway, nice talking to you, Sho. See you in class.

Sho: See you in class!

Sho told Miki many guests stayed at their ryokan sfter David’s pictures on their website.
Miki said to Sho, “Advertising on website and social media is very important.That’s what I read in the news.” 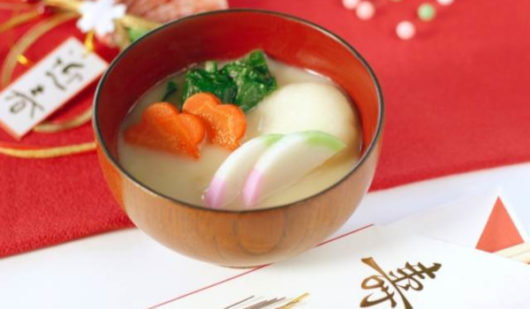 Let’s Try Get It Right Review

As soon as I arrived at the hotel, I had to go to the lake.
その湖はまさに海のように見えるのよ。

You’ll feel like you want to swim there.
それは私が旅行雑誌で読んだことなんだけどね。

That’s what I read in a travel magazine.

We arrived at the hotel before it got dark.
ジェニファーは私を見るとすぐに逃げだしました。

Jennifer ran away as soon as she saw me.

I feel like I have to do something for our class.
私は家に早く帰りたい気分なんです。

I feel like I want to go back home early.

基礎英語３ 夏期復習月間 Review 16 Everyone at the ryokan is really nice

Mon. We are a modest family Gary: I haven’t been the TCC factory in a while! Producer: Their head engineer just manu...

基礎英語３ Review 18 Families help each other in times of trouble

ミミ子と青木社長たちは、マラソンコースを走って桜山公園に到着します。 I've never run any other course Mimiko: Mr. Aoki, this park is the turning point ...

基礎英語3 Lesson 175 The crowd gave you a standing ovation! 観客が総立ちで拍手喝采をしてくれたわ！