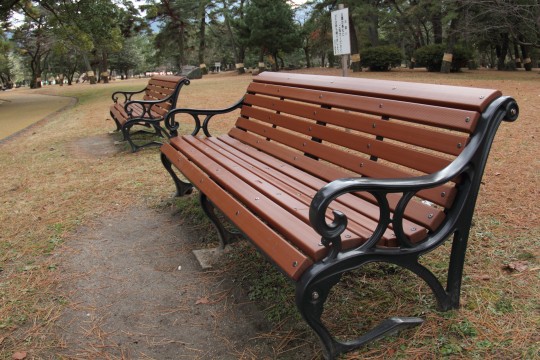 The Cop and the Anthem Act One

On his bench in Madison Square Soapy moved uneasily. When wild geese honk high of nights, and when women without sealskin coats grow kind to their husbands, and when Soapy moves uneasily on his bench in the park, you may know that winter is near at hand.

A dead leaf fell in Soapy’s lap. That was Jack Frost’s card. Jack is kind to the regular denizens of Madison Square, and gives fair warning of his annual call.

Soapy’s mind became cognizant of the fact that the time had come for him to resolve himself into a singular Committee of Ways and Means to provide against the coming rigor. And therefore he moved uneasily on his bench.

The hibernatorial ambitions of Soapy were not of the highest. In them there were no considerations of Mediterranean cruises, of soporific Southern skies drifting in the Vesuvian Bay. Three months on the Island was what his soul craved.

For years the hospitable Blackwell’s had been his winter quarters. Just as his more fortunate fellow New Yorkers had bought their tickets to Palm Beach and the Riviera each winter, so Soapy had made his humble arrangements for his annual hegira to the Island. And now the time was come. He scorned the provisions made in the name of charity for the city’s dependents. In Soapy’s opinion the Law was more benign than Philanthropy. As Caesar had his Brutus, every bed of charity must have its toll of a bath, every loaf of bread its compensation of a private and personal inquisition. Wherefore it is better to be a guest of the law, which though conducted by rules, does not meddle unduly with a gentleman’s private affairs.

Soapy, having decided to go to the Island, at once set about accomplishing his desire. There were many easy ways of doing this. The pleasantest was to dine luxuriously at some expensive restaurant; and then, after declaring insolvency, be handed over quietly and without uproar to a policeman. An accommodating magistrate would do the rest.

Soapy left his bench and strolled out of the square and across the level sea of asphalt, where Broadway and Fifth Avenue flow together. Up Broadway he turned, and halted at a glittering cafe, where are gathered together nightly the choicest products of the grape, the silkworm and the protoplasm.

○ give fair warning of … …を余裕を持って警告する

○ resolve oneself into … 自分を…に変身させる

○ products of the grape, the silkworm and the protoplasm ワイン・絹・人間

I knew this was going to happen.