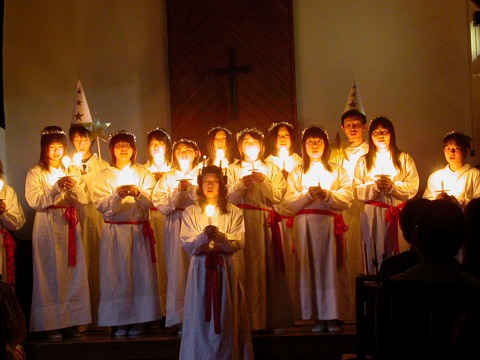 The Cop and the Anthem Act Four

In a cigar store he saw a well-dressed man lighting a cigar at a swinging light. His silk umbrella he had set by the door on entering. Soapy stepped inside, secured the umbrella and sauntered off with it slowly. The man at the cigar light followed hastily.

“My umbrella,” he said, sternly.

The umbrella owner slowed his steps. Soapy did likewise, with a presentiment that luck would again run against him. The policeman looked at the two curiously.

“Of course,” said the umbrella man―“that is―well, you know how these mistakes occur―I―if it’s your umbrella I hope you’ll excuse me―I picked it up this morning in a restaurant―If you recognise it as yours, why―I hope you’ll―”

The ex-umbrella man retreated. The policeman hurried to assist a tall blonde in an opera cloak across the street in front of a street car that was approaching two blocks away.

Soapy walked eastward through a street damaged by improvements. He hurled the umbrella wrathfully into an excavation.

At length Soapy reached one of the avenues to the east where the glitter and turmoil was but faint. He set his face down this toward Madison Square, for the homing instinct survives even when the home is a park bench.

But on an unusually quiet corner Soapy came to a standstill. Here was an old church, quaint and rambling and gabled. Through one violet-stained window a soft light glowed, where, no doubt, the organist loitered over the keys, making sure of his mastery of the coming Sabbath anthem. For there drifted out to Soapy’s ears sweet music that caught and held him transfixed against the convolutions of the iron fence.

The moon was above, lustrous and serene. And the anthem that the organist played cemented Soapy to the iron fence, for he had known it well in the days when his life contained such things as mothers and roses and ambitions and friends and immaculate thoughts and collars.

And also in a moment his heart responded thrillingly to this novel mood. An instantaneous and strong impulse moved him to battle with his desperate fate. He would pull himself out of the mire; he would make a man of himself again; he would conquer the evil that had taken possession of him. There was time; he was comparatively young yet; he would resurrect his old eager ambitions and pursue them without faltering. Those solemn but sweet organ notes had set up a revolution in him. To-morrow he would go into the roaring downtown district and find work. A fur importer had once offered him a place as driver. He would find him to-morrow and ask for the position. He would be somebody in the world. He would―

Soapy felt a hand laid on his arm. He looked quickly around into the broad face of a policeman.

“What are you doin’ here?” asked the officer.

“Then come along,” said the policeman.

“Three months on the Island,” said the Magistrate in the Police Court the next morning.

Rumpelstiltskin to the Rescue ランプルスティルトウスキン、救出に参上

ラジオ英会話 Lesson 116 否定②：否定は「前」が定位置 KEY SENTENCE I tried no to cough, but I just couldn't stop. Content ...