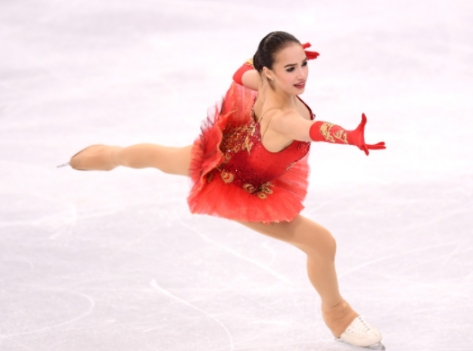 Mon. I look forward to hearing from you

Jose was receiving a long-distance call.

The call was from Salavador University.
He, baseball scout, told to Jose that they were interested in giving him a baseball scholar ship, but they would like to see him play first,in March.
Jose was very glad to hear that. Then he called Monzon to tell that. Monzong was glad, too.
And he adviced Jose that it's time for Jose to focus again, and remember, keep his eyes on the prize.

Question: When will Jose play for the baseball scout?
Ans. In March.

Tue. Simple is the best

Monica was writing the script for her play.
She told Sarah that more and more ideas were coming up and she's worried she's too much to write.
Sarah adviced her to keep it simple.
Monica though she's wise.
And Monica had an idea that Tsutomu would want to help out with theater, because he's getting more more interested in radio, so he would want to as well.
Sara would ask him.

Question:What is Sara's advice to Monaica.
Ans. " Simple is the best."

Amber was talking to Sarah at school.

Amber told Sarah that it's been a rough week and she finally asked Tsutomu out,but he said no.
Sarah was surprised to hear that. Amber told Sarah that Tsutomu had someone else for him and It's just like the boy in her manga.
Sarah said she's sorry to hear that. Amber replyed it's K and every experience counted.
They went to get some malts after school.

Question: What will Amber and Sarah get after school?
Ans.: Malts.

Thur. Focus on your music

Jose was receiving a call from Pa …

Pa told him about the baseball scout.
She complained he didn't tell that to her.
He told her that the college was not here, so he's leaving Minnesota at the end of the summer.
They, two don't like to live in separate cities.
But Jose have to get the scholarship. So he asked her to do the same, to focus on her music, not him.
Jose told her that they would figure something out.

Question:What does Jose tell Pa about their relationship?
Ans.: "We'll figure something out."

あなたが行く時間です。
It's time for you to go.

だんだんよくなる
get better and better

基礎英語３ Review 12 Why don’t I take a picture of you and Sho?

Contents1 Let's Summarize2 Lesson 045 I like rainy scenery, too3 Lesson 046 May I take some pictures ...

朝の５時。階下から洋子が翔に声をかけます。 Contents1 I am so proud of you2 わたしは翔のことをとても誇りに思うよ3 Words & Phrases4 Let's ...

基礎英語３ Lesson021 Try to be sharp on the inside, not the outside 外見じゃなくて中身をキメてもらいたいわ

旅行カバンを持って家から出てきた翔とデービッドが旅館の前で出会いました。 Contents1 Try to be sharp on the inside, not the outside2 外見じゃな ...