Listen to this week’s stories and fill in the blanks.
今週のストーリーをもう一度聞き、それぞれのSummaryを完成させましょう。

Lesson 089 You need special skills to update a website

Yoko: Sho, I think we need to update the ryokan’s website. According to information I found online, if a famous blogger introduces our website, we can get more customers.

Sho: That’s a good idea, Grandma! But you need special skills to update a website.

Yoko: Can you ask Mari if she can do it? Our current website was set up by her when she was still in high school.

Sho: OK, but what about pictures for the website?

Yoko: Simple. We use David’s pictures.

Yoko: I’ll talk to him. He is renting our annex at a low price, after all.

Yoko told Sho, “According to information I found online, if a famous blogger introduces our website, we can get more customers.”
Yoko asked Sho, “Can you ask Mari if she can do it?”

Mari: If you’re going to use David’s pictures, you’ll need to change the whole design of the website.

Sho: I agree. But we can’t afford to pay a specialist.

Mari: If you give me enough time, I can do it.

Mari: Well, what I want to do is to set up my own website to show my artwork.So, I’m studying a lot about website construction now.

Mari: Nowadays, anyone can share information with the whole world.

Mari: Yes, and if you want to become an international citizen, Sho, you need to learn more about what’s going on around the world.

Mari and Sho talked about how to change the website.
She told him,“ What I want to do is to set up my own website to show my artwork.”
Sho was surprised at how much Mari knew about website construction.

Sho: David asked me if I wanted to meet my mother. I didn’t know what to tell him.

Mari: Don’t worry about it, Sho.

Sho: Do you want to meet Mom?

Mari: I didn’t tell you this, but she sent me a gift when I entered college.

Sho: What? I didn’t know that.

Mari: Nobody does. It was an expensive paint set. I don’t have anything against paint, so I accepted it. It has many more colors than other paint sets I’ve used.

Mari: Dad told her. They may be separated, but they’re still married.

Sho and Mari talked about their mother.
Mari told Sho she received an expensive paint set as a gift when she entered college.
She said, “ It has many more colors than other paint sets I’ve used.”

Sho: I wonder if Mom and Grandma will ever make up with each other. It’s been five years.

Mari: I don’t it. It’s very difficult situation between them.

Mari: Three things. First, they have different ideas about how to run the ryokan. Second, both Grandma and Mom think thy’re right. Third, neither of them likes to apologize. This is the biggest problem. They’re too similar.

Sho: What does Dad think of this?

Mari: You should ask him. But Sho, please leave me out of it. Anyway, I’ll get started on the website. Give me some time to think of the design, OK? Bye.

Mari told Sho about the difficult situation between their mother and grandmother.
She said, “First, they have different ideas about how to run the ryokan. Second, both Grandma and Mom think they’re right. Third, Neither of them likes to apologize.” 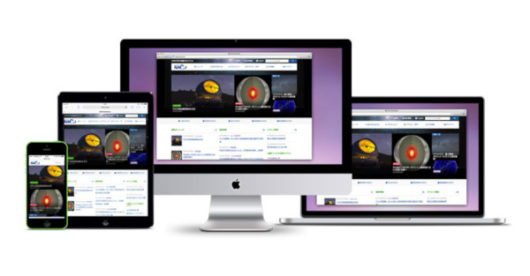 Let’s Try Get It Right Review

彼女によると、明日はお客さんが多いらしいよ。
According to her, we’ll have a lot of visitors tomorrow.

僕がしたいのは、大きな海で泳ぐことです。
What I want to do is to swim in the ocean.

ここには、私たちが訪れた他の場所よりもずっとたくさんの楽しいことがあります。
There’re many more fun things here than in other places we’ve visited.

けんかはやめて。２頭とも間違っていません。
Stop fighting. Neither of you is wrong.

What I want to do is to enjoy scuba diving in Okinawa.
私がしたいのは、沖縄でスキューバダイビングを楽しむことです。

What Alice wants to do is to write a detective story.
アリスがしたいことは、探偵小説を書くことです。

Both Jun and Mika are looking forward to seeing you.
ジュンもミカも、君に会うのを楽しみにしているよ。

Neither of us has anything in common.
わたしたちには共通点がありません。

翔はバーベキューがあると言われて、デービッドについて森にやってきます。 Where's the barbecue? Staff Member: On behalf of the Mountain Preservation Socie...

英語のレッスンが終わって、翔とデービッドは帰り仕度をしています。 I will take some more pictures David: That’s it for today. Next time, please teach ...

基礎英語３ Raview08 I want David to teach me English, too