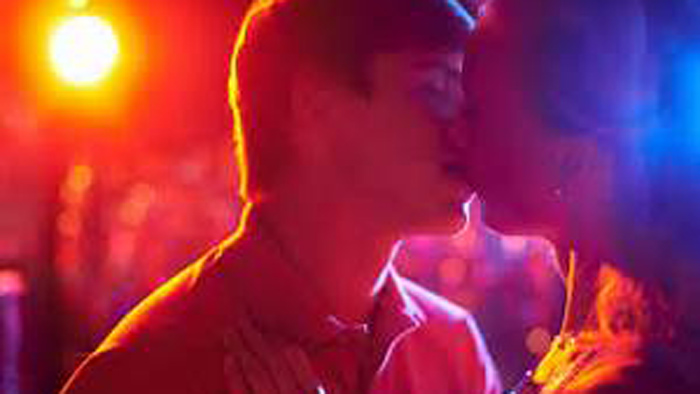 The Gift of the Magi Act Three

Within forty minutes her head was covered with tiny, close-lying curls that made her look wonderfully like a truant schoolboy. She looked at her reflection in the mirror long, carefully, and critically.

“If Jim doesn’t kill me,“ she said to herself, ”before he takes a second look at me, he’ll say I look like a Coney Island chorus girl. But what could I do?oh! what could I do with a dollar and eighty-seven cents?”

At seven o’clock the coffee was made and the frying-pan was on the back of the stove hot and ready to cook the chops.

Jim was never late. Della doubled the fob chain in her hand and sat on the corner of the table near the door that he always entered. Then she heard his step on the stair away down on the first flight, and she turned white for just a moment. She had a habit of saying little silent prayers about the simplest everyday things, and now she whispered: “Please, God, make him think I am still pretty.”

The door opened and Jim stepped in and closed it. He looked thin and very serious. Poor fellow, he was only twenty-two?and to be burdened with a family! He needed a new overcoat and he was without gloves.

Jim stepped inside the door, as immovable as a setter at the scent of quail. His eyes were fixed upon Della, and there was an expression in them that she could not read, and it terrified her. It was not anger, nor surprise, nor disapproval, nor horror, nor any of the sentiments that she had been prepared for. He simply stared at her fixedly with that peculiar expression on his face.

Della wriggled off the table and went for him.

“Jim, darling,” she cried, “don’t look at me that way. I had my hair cut off and sold it because I couldn’t have lived through Christmas without giving you a present. It’ll grow out again?you won’t mind, will you? I just had to do it. My hair grows awfully fast. Say ‘Merry Christmas!’ Jim, and let’s be happy. You don’t know what a nice?what a beautiful, nice gift I’ve got for you.”

“You’ve cut off your hair?” asked Jim, laboriously, as if he had not arrived at that patent fact yet, even after the hardest mental labor.

Jim looked about the room curiously.

“You say your hair is gone?” he said, with an air almost of idiocy.

“You needn’t look for it,” said Della. “It’s sold, I tell you?sold and gone, too. It’s Christmas Eve, boy. Be good to me, for it went for you. Maybe the hairs of my head were numbered,” she went on with a sudden serious sweetness, “but nobody could ever count my love for you. Shall I put the chops on, Jim?”

Out of his trance Jim seemed quickly to wake. He enfolded his Della. For ten seconds let us regard with discreet scrutiny some inconsequential object in the other direction. Eight dollars a week or a million a year?what is the difference? A mathematician or a wit would give you the wrong answer. The magi brought valuable gifts, but that was not among them. This dark assertion will be illuminated later on.

ラジオ英会話 Lesson 113 副詞⑦：話し手の発言態度 KEY SENTENCE As far as I know, it is the oldest site in the world. Co ...